It takes time to count and sort money. Time is money. It makes perfect sense to make cash counting as painless, accurate, and quick as possible.

Although you may have seen a cash counting machine, unless you worked in a bank, it is unlikely that you have ever used one. These money counters and coin counting machines can be very beneficial to many individuals and businesses. However, little is known about them.

A cash counting machine is used to count the bills that have been inserted into the machine. They will pull the bills from your stack, count the amount, and then give you the correct total. This makes it easy to count large sums of money and saves you time.

How do cash counting machines work? The majority of machines are easy to use, portable, and require very little training. A little bit of knowledge can help you save time and money.

A Brief History of Cash Counting

Hundreds of years ago, counting money used to be done the same way you and I did – one note at a time. Bank tellers were given the task of counting currencies in those days. They used 100 notes of the exact same denomination and kept them in groups. They had perfected the art of discerning which currency was being used by examining their appearance.

Interesting Fact: The manual counting of banknotes was the only method of counting them until the early 20th century.

In the late 1920s, the first major step in automating the money counting process was taken. Federal bill counter machines are used to keep track and inspect bills while the bank teller sorts them. They were very simple in design.

The machine contained four compartments that the teller could use to stack currency bills. When the number of currency notes in any compartment reaches 100, the machine’s counter will stop. The teller would then insert a wooden block into the machine to separate 100 bundles. The machine wasn’t a counter; it was more of a signaller every time the count reached 100. Despite its limitations, the device was very helpful to bankers in keeping up with the rising currency volumes.

Zhi Tian Sie, China’s small-time banker, created the real currency-counting system in the late 1950s. This was to win an international contest.

By leveraging the power and potential of computers, Sie’s design became even more refined. The US Fed developed a computerized currency counting machine, the REI HSM (high speed machine), in the 1980s.

This computerized cash counting is much faster than the slower, old-fashioned method of counting cash. This machine, which harnessed the power of computers, could count up to 72,000 banknotes per hour and also extract any incorrectly positioned currency.

The machine could also discern which currencies were unfit due to wear and tear and filter them out from the regular bills. It was also able to arrange currency into blocks of 100 without any manual intervention from a bank teller. This was the start of fully automated cash-counting systems.

Find Out The Best Ways to Count Money and Coins Fast

There are many types of cash counting machines, including bill counters, mixed money counters and coin counters. Although they are all similar, there are some key differences.

Currency counters work by placing bills in the machine arm. Each bill is then scanned individually by the counting machine, which instantly recognizes the number of interruptions in the internal light beam to determine the denomination. Some currency counters use a black light to help distinguish genuine bills from counterfeits. The real bills have florescent symbols that distinguish them from counterfeit bills.

What’s the final result? You can be confident that your bills will be counted and checked quickly without any miscounts or rejections by the bank.

The banknote counter is a device used to count the bank currency of a country. A banker simply inserts a handful of banknotes in the machine’s back arm, and it begins to count quickly. Today, most banknote counters have an electronic microprocessor, which allows them to count bills and detect counterfeits.

Bill Counters are typically designed with a rear-loading design that allows you to place bills in the back and then, after they have been counted, lift them from the front. This is a great way to count the number of bills in a large stack.

The Mixed money-counting machines come with all the features that you need. With this machine, you can count bills, sort them by denomination, and detect counterfeits all at once.

This machine can be used by SMEs who deal with large amounts of money. It will ensure that every bill is accurate, accounted for and counted. This saves you and your employees the time of counting and sorting cash and allows you to handle other business situations. These would be great for banks that handle large amounts of different denominations.

The currency discriminator displays the dollar value of each money item. These devices allow you to place multiple bills into the machine, rather than having to sort and place one denomination in a currency counter.

Each bill is scanned, and the color image sensors (CIS) are used to identify it. The total number of bills and the amount for each denomination are calculated. To determine the legitimacy of a bill, different counterfeit detection techniques are used. These include Ultraviolet (UV), Magnetic(MG) and Infrared/IR.

These machines can be used to process new and used bills. Some also filter dust and dirt from old bills.

These machines can count coins the same way that cash counting machines can for dollars bills. The machine counts the coins that have been put in it. There are models that can sort coins by size separately. This model will count the number of coins and their value while sorting pennies, nickels and quarters into their own slots.

The idea of coin-counting may seem old-fashioned to those who depend on debit cards. Yet, Coin counters are extremely useful for businesses such as vending machines, parking garages, and laundromats that often use coins to pay. It would take hours to count coins, and this is inefficient. By sorting coins for you, coin counters can count how many denominations there are. This will allow you to spend more time on other business matters.

The most efficient machines function similarly to currency counters that use a light beam to count. The device recognizes the coin every time the light is cut and calculates.

Things to Consider Before Making Your Purchase

You should think carefully before you purchase a cash count machine.

It takes time to find the perfect cash count machine brand that has everything you desire. Some models are more expensive than others. This could make it challenging to find a suitable machine for your business. Be realistic about the cost before buying a money counter that is too expensive.

Capacity and weight of the Hopper

The hopper is what counts the bills. The hopper’s capacity determines how many bills you can put into it at once. Higher capacities are better for counting multiple bills. If you don’t have a lot of bills to count, you can save money and get a basic model that does the job.

It is not difficult to understand how cash counting machines work. However, many people are not aware of the potential benefits they could bring to their businesses. Money counters can help you save time and money. By making it easy to count and sort, you will be able to make more money and to count quickly. 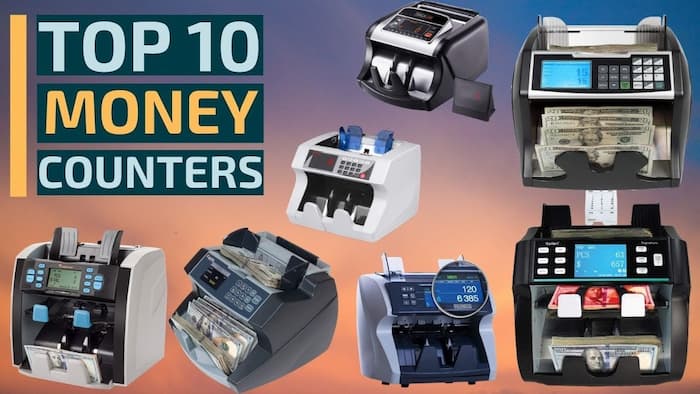 When looking for the prime money counter for 2022, you need to keep in mind several essential factors such as capacity, speed, special features, counterfeit detection abilities, and ease of use in order to find the most suitable option for your needs. Money Counters We have carefully reviewed various money counting machines for you and…

While counting money is an easy task, it’s important to keep track of how much you have. A useful skill is knowing how to quickly count money if you deal with large amounts of cash. If you work in retail or have to use a cash register, learning how to correctly count your money can…